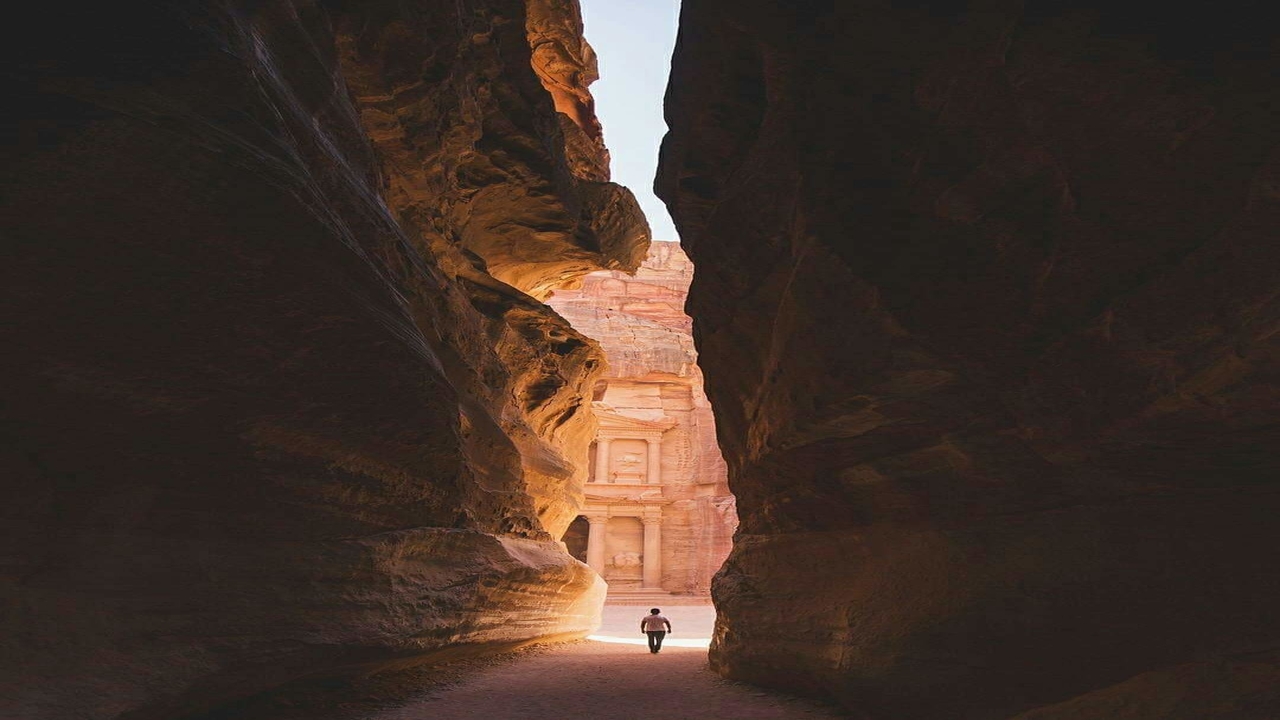 Petra was first established sometime around the 6th century BC, by the Nabataean Arabs. A nomadic tribe who settled in the area and laid the foundations of a commercial empire that extended into Syria. Many emperors like the Roman emperor Pompey and Herod the Great, attempted to control the city but didn’t succeed. Until the Roman Empire discovered the water conducting system, in 100AD, that supplied the strongly protected Nabataens. Which was the only way to defeat them. Later in the 12th century, the Crusaders constructed a fort but then withdrew leaving Petra to the local population. Petra was named ‘The Lost City’ for being unknown to the outside world for almost five centuries. Until its rediscovery in 1812 by ‘Johann Ludwig Burckhardt’. A Swiss explorer who described it as “a red rose city”, due to the color of the stone.

Petra, the world wonder, is without a doubt Jordan’s most valuable treasure and greatest tourist attraction. It is a vast & unique city. Carved into the rock face by the Nabataeans. an industrious Arab people who settled here more than 2000 years ago, turning it into an important junction for the silk, spice and other trade routes that linked China, India and southern Arabia with Egypt, Syria, Greece and Rome. Petra has been a world heritage site since 1985. The best times to view the Treasury are when the sun strikes it directly. Between 9 and 11am, and late in the afternoon, around 5 or 6pm, when the whole facade gets a reddish-pink glow from the walls all around. And around 8:30pm you might assist to Petra’s night show (available Monday, Wednesday & Thursday). A fascinating sight to be a part of.