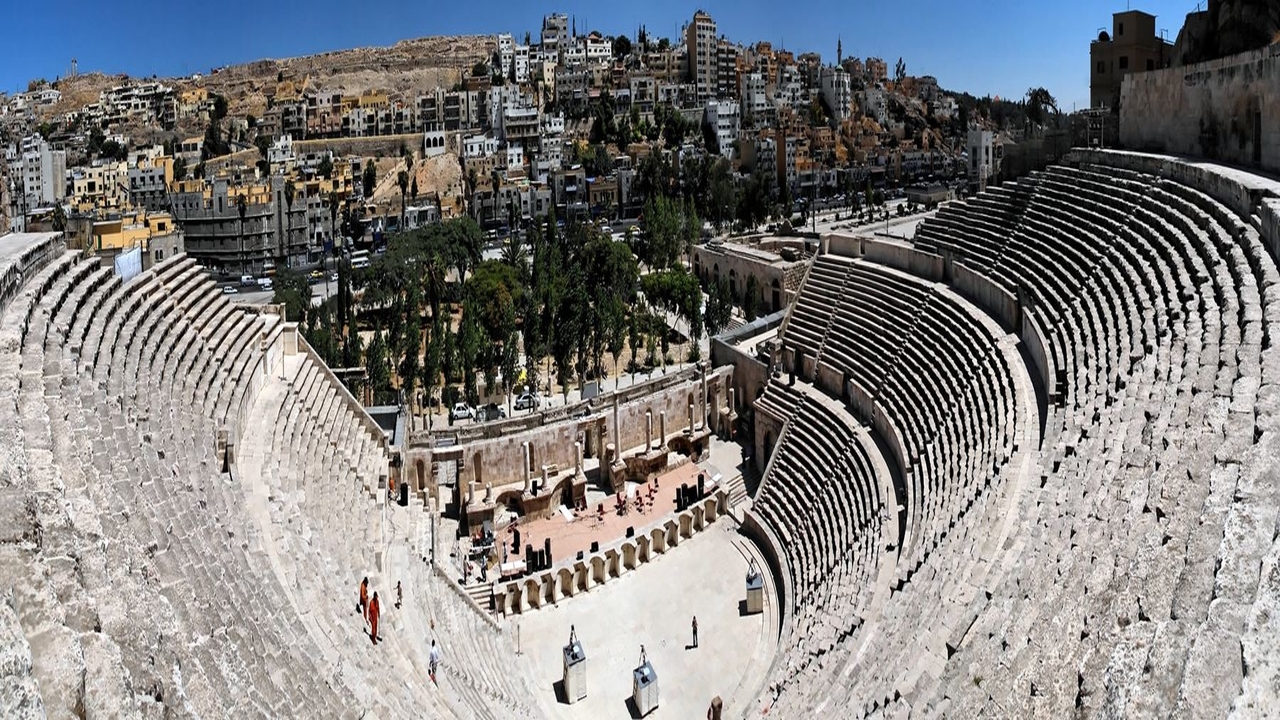 Amman’s history spans nine millennia dating back to the Stone Age. Following the beginning of the Iron Age, Amman had become the capital of the Ammonites. Referred to in the Bible as Rabbath-Ammon. It was here that King David of Israel killed Uriah the Hittite. His forces toppled the Ammonites. Later by the 4th century BC the city went under the name “Philadelphia” after its Ptolemaic ruler, Philadelphus. Seleucid and Nabataean rule followed until 63 BC. Afterwards, around the early 7th century, Islam was already spreading northwards from the Arabian Peninsula. Around this time, the city returned to its original Semitic name of Ammon, known today as Amman. The departure of the Ottomans from the region coincided with the exodus of a large numbers of Circassian and other persecuted Muslims from the Caucasus.

Amman, the capital of Jordan, is a modern city with numerous ancient ruins. The city has two distinct parts. The urbane Western Amman, with leafy residential districts, cafes, bars, modern malls and art galleries. And then you have the earthy Eastern Amman, where it’s easier to sense the more traditional and conservative pulse of the capital. At the heart of the city is the famous labyrinth, ‘downtown Amman’. At the bottom of the city’s many hills, and overlooked by the Citadel, you will find spectacular Roman ruins. This magnificently restored theater is the most obvious and impressive remnant of Roman Philadelphia. It is the highlight of Amman for most foreign visitors. The theater itself is cut into the northern side of a hill, and has a seating capacity of 6000. Finally, don’t forget the Rainbow Street. Which offers great shopping opportunities for those looking to score local and handmade goods.