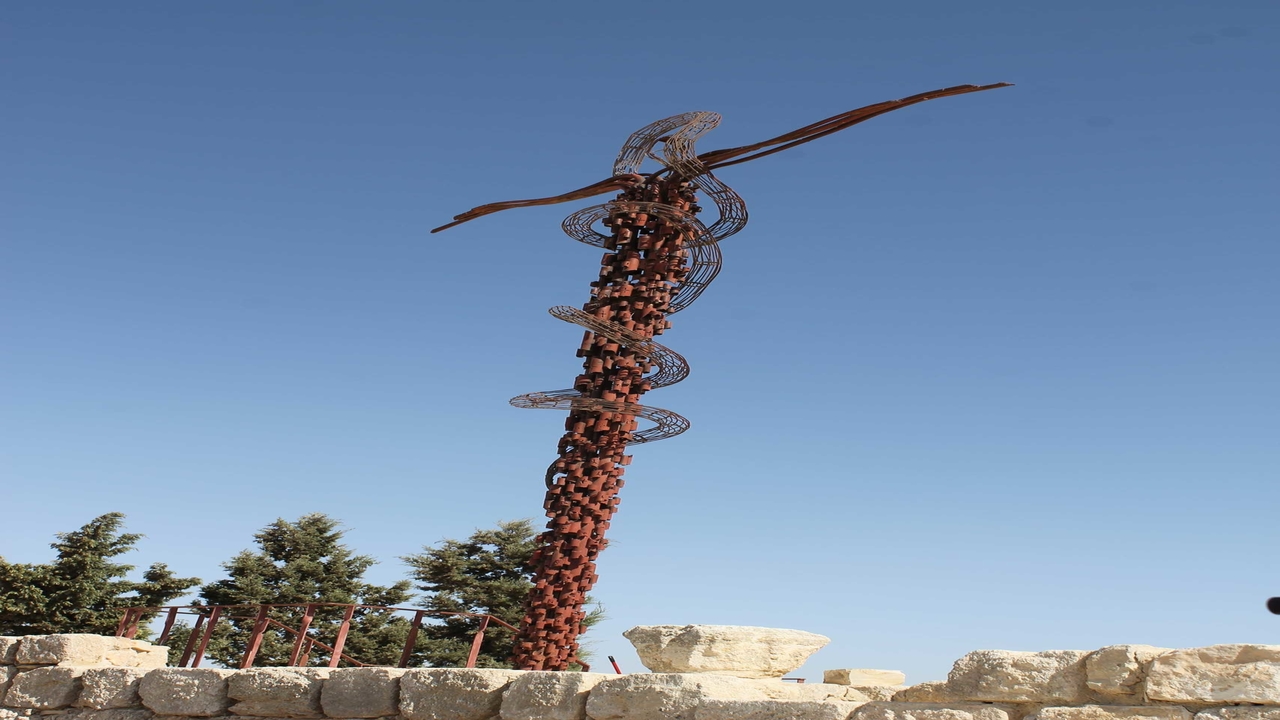 In the 4th century AD, a pilgrim nun mentioned the construction of a sanctuary on Mount Nebo to honor Moses. Possibly on the site of an even older structure. The church was finished around 394 AD. The transformation and enlargement of the church happened around the 6th century. Adding a basilica with a sacristy and a new baptistery. Soon the church was the heart of a large monastery and pilgrimage center that would thrive for nearly six centuries. The abandonment of the site happened in 1564 and then remained mostly neglected for several centuries. Finally, in 1993, the Franciscans purchased the site, then excavated and restored the area. On March 19, 2000, Pope John Paul II visited the site during his pilgrimage to the Holy Land, planting an olive tree next to the Byzantine chapel for peace. Today, Mount Nebo is the headquarter of the Franciscan Archaeological Institute.

This active Franciscan monastery, which is a popular stop for pilgrims and tourists, rises over 700m above the Jordan Valley. Mount Nebo offers spectacular views of the Promised Land as seen by Moses. On the platform at the summit is a sculpture by an Italian artist representing Moses. Archaeologists uncovered, in the 1930s, elements of a triple-apse Byzantine basilica. And incorporated it into the structure of the modern church building. Known as the Memorial Church of Moses. Just inside the entrance to the left is the excavated Old Baptistery. Which has one of the most interesting ancient mosaics in Jordan. The underlying mosaic remained hidden for nearly 1,400 years until it was discovered in 1976. The south wall displays the oldest mosaic in the church. Which is a braided cross. Mosaics of plants and flowers pave the chapel’s floor. The foundations of the ancient monastery are visible outside.