When you book with an account, you will be able to track your payment status, track the confirmation and you can also rate the tour after you finished the tour.
Sign Up
911

Do not hesitate to give us a call! We are an expert team which will gladly designe a personalised Trip that suits your needs and budget. +962795841113 (Whatsapp available) info@trip500.com

The Holiday Package is the best way to kick back and relax, and the perfect trip to make best out of your vacation. If you know nothing about Jordan and you’re looking for a relaxing and authentic Middle Eastern experience, we advise this trip for you.

●arrival time (depends on your flight): We will be awaiting you at Queen Alia airport. Our representative will safely transfer you to your hotel at the Dead Sea.

●7am: Enjoy your breakfast. And Keep in mind that you are in what is known to be Earth’s lowest elevation on land and the deepest hyper-saline lake in the world. Its harsh environment does not permit the flourishment of any plant or animals. On the other hand, it has extremely healthy & beneficial properties that attracted visitors for thousands of years and today it will supply you with natural mud that you can spread on your skin putting any skincare lotions to shame.
(PS: be careful not to splash Dead Sea‘s water in your eyes…. it’s salt:).
●We will transfer you to the first stop at Mount Nebo. There you’ll have a view over the Jordan Valley, the hills of Jerusalem & the Dead Sea.
●Then we will take you on a mosaic tour till we get to Madaba. A city known for its mosaic map of the Holy Land. Which dates back to the 6th century AD located in the Greek Orthodox Church of St. George.
●Afterwards we’ll proceed down to your hotel which is Located between the Dead Sea and Madaba. You’ll be at the Ma’in Hot Springs which are a series of mineral rich springs and spectacular waterfalls in a surprisingly green oasis, where you will stay for the night.

●7am: Breakfast.
● The day is flexible for you to relax under the waterfalls. You can choose to have a massage or a natural massage under the hot springs. A sauna and a steam room or a simple meditation room will be available.
●You’ll begin the day by trekking thru Dana’s natural reserve, Jordan’s largest natural reserve built in 1989 and discover the beautiful nature hidden in that canyon.
●And you’ll end the day’s journey in Petra. Where you might assist to Petra’s night show (available Monday, Wednesday & Thursday around 8:30pm). A fascinating sight to be a part of.
●Your accommodation for the night will be in Petra.

●7am: Enjoy your breakfast at your hotel in Petra.
●Your day will start by adventuring thru the Petra Seeq (canyon) either on foot or you can choose to enjoy a short horse ride leading you to “Al Khazneh”. Known to be one of the seven wonders of the world. Just try to grasp the fact that the Arab Nabateans, more than 2000 years ago, carved this 45m high monument Treasury into the red mountain rock.
●Your accommodation for the night will be in Petra.

●7am: Breakfast at the hotel.
● Afterwards we’ll continue in South Jordan. To the most impressive deserts in the world and get to see the naturally multi-colored canyons, towering sandstone mountains and dunes of Wadi Rum. Known as the Valley of the Moon & made famous for being used as a background setting for numerous films (“The Martian”-2015, “Rogue One”-2016, “Aladdin”-2019, just to name a few…). At this point you’ll have the opportunity to discover these landscapes by Jeep for 2 hours (or you can also choose to ride a Camel or a Horse).
●At the end of the day we will be returning to your hotel in Amman.

●7am: Breakfast at the hotel.
●Your tour will start off by going to Amman’s Citadel which is situated on a “mountain” in central Amman. Known for being one of the oldest continuously inhabited places, this first stop will give you a glimpse over the capital before going to Amman-Downtown. Known as “Al-Balad” by the locals, you will get to see the different & various markets and ancient Souks. Ending this tour will be the visit of the most obvious and impressive remnant of its Roman past. The Roman theater that was built at the time Amman was known as “Philadelphia” (around 106AD).
●We will then make you visit the famous Children’s Museum of Jordan.
●Afterwards, just next to the children’s, you’ll be visiting the Royal Automobile Museum.
●Then we will take you to the governorate of Jerash. Known for its well preserved roman cities. You will get to experience the impact & influence left by the Greco-Roman eras in the Mediterranean basin and the deeply rooted Arab traditions preserved by the local people. And if you’re lucky you’ll get to enjoy a historical reenactment of gladiators & chariot race.
● At the end of the day we will bring you back at your hotel in Amman.

●Departure time (depends on your flight): We will be transferring you to the Airport for your departure. 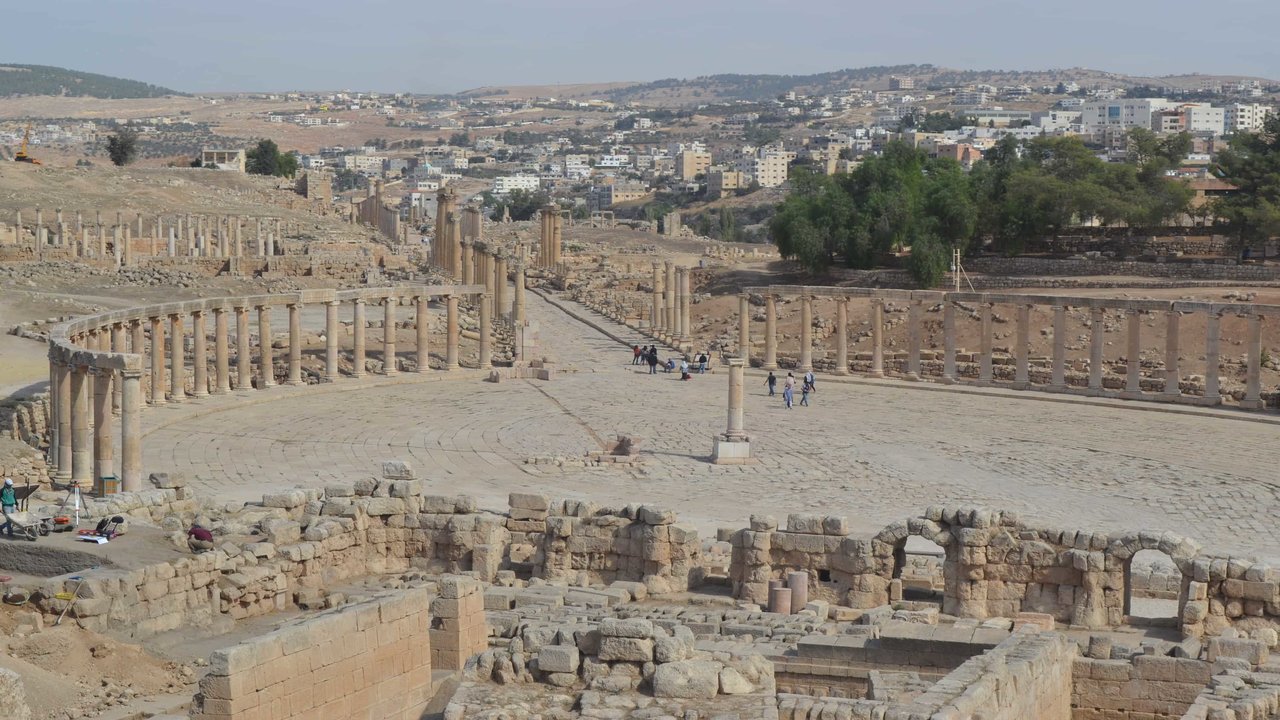 We really enjoyed the whole trip